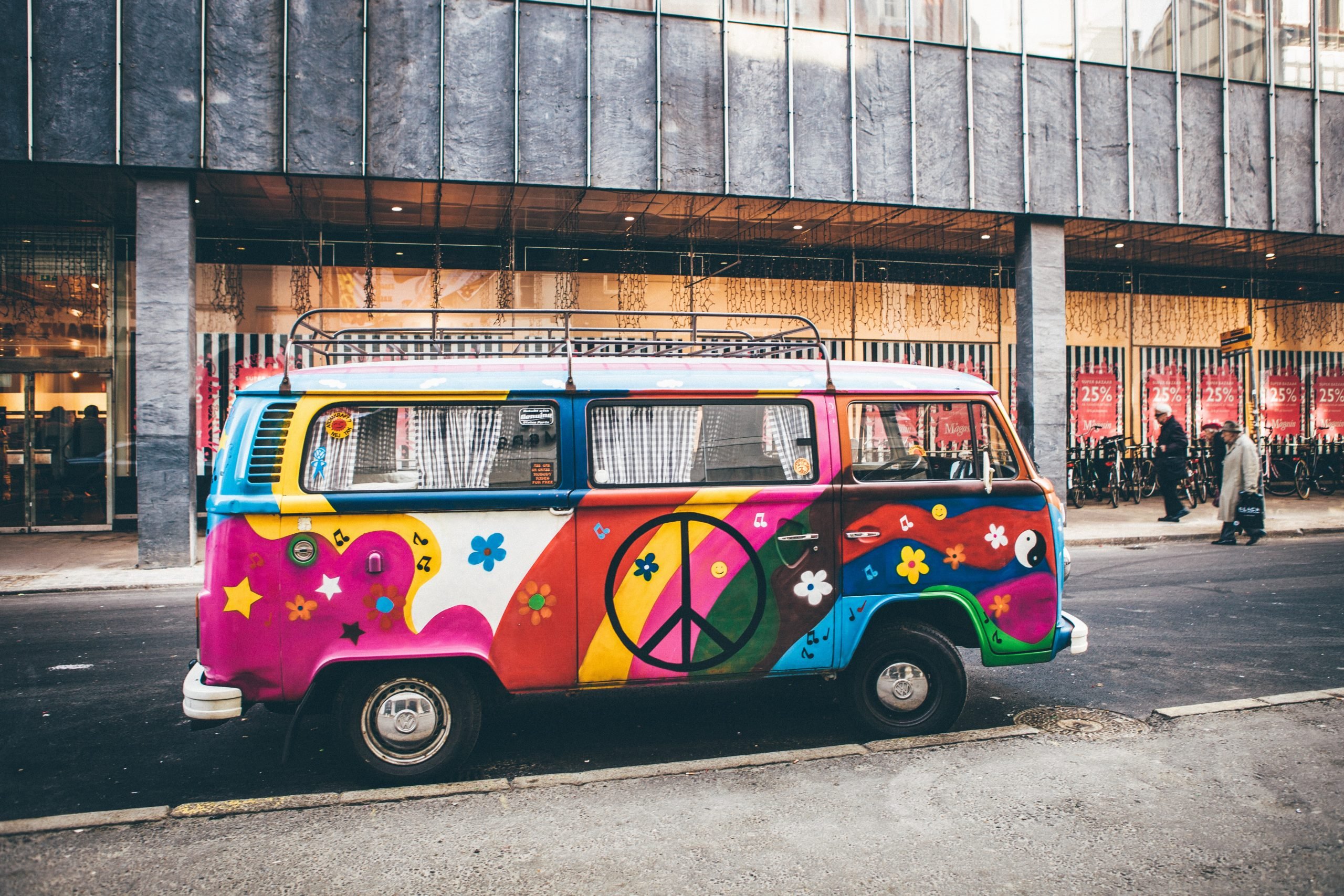 As a copy monkey, I live for a clever bit of wordplay or a smidgen of snark. But I follow a couple of basic rules for employing humor for our Rocket Pop clients.

A few years ago, at one of the world’s biggest auto shows, a great deal of buzz centered around one vehicle: The Volkswagen EV Microbus.

For entire generations, the original Microbus was an iconic design. When Jenny decided to try her hand as a singer/songwriter in “Forrest Gump,” she passed along her guitar and leapt into the open doors of a VW Microbus. When Jeff Spicoli arrives at Ridgemont High in “Fast Times” he stumbles from the smoke-filled interior of a VW Microbus.

At that auto show, Volkswagen unwrapped their concept for an all-electric version of the vehicle, designed for a new era.

There’s been a great deal of talk about Volkswagen lately, especially as it climbs from the depths of bad PR generated from their bad faith representations about the gas mileage of their vehicles. Volkswagen, like a lot of automakers, has been trumpeting their desire to have a slice of the growing electric vehicle market. Several months ago, higher-ups at VW talked about having an all-electric lineup within a decade.

So, it didn’t come as a surprise a few days ago when Volkswagen announced that they were changing their name to “VOLTSwagen”.

One problem: It was an April Fool’s joke.

Brands can certainly play in the April Fool’s pool, but the splashing can become problematic. In the case of Volkswagen – they’re now under investigation because their harmless bit of wordplay pranking drove up their stock price by 5%.

VW isn’t the first brand to fall flat with a joke.

When Google first announced Gmail, many thought it was a joke. “An email system that lets you search and sort? C’mon…” Gmail turned into a success, but a few years later, they added a nifty plugin to ride the popularity of the children’s movie “Despicable Me”, creating a GIF of a Minion doing the “mic drop”. Clicking it added the Minion to your email and removed you from an ongoing thread. While great (and certainly useful) in theory, the GIF button was right next to the SEND button, and thousands of users sent inappropriate Minions to close out very serious emails.

Last year, IHOP wanted to promote their line of hamburgers, and so announced that they were changing their name to “IHOB”. While the promotion informed millions that the “P” was for “pancakes” this whole time, most still felt that “International House of Burgers” lacked the same elan and was less than faithful to the core brand.

IHOP quickly admitted that their rebranding was, indeed, a joke, but not before Wendy’s – a veritable case study in Twitter snark – tweeted, “Remember when you were like 7 and thought changing your name to Thunder BearSword would be super cool? Like that, but our cheeseburgers are still better.”

As a copy monkey, I live for a clever bit of wordplay or a smidgen of snark. But I follow a couple of basic rules for employing humor for our Rocket Pop clients:

And that’s the final thing – Trust. When you create a post or a tweet or a blog, you’re trying to create trust. You’re establishing a bond between your brand and the folks that you’re trying to reach. When you already have that bond, your audience will be more likely to enjoy playing in your pool of snark.

But good humor is a powerful tool. I don’t trust it in the hands of everyone. Use it wisely.

PrevPreviousThe Power of Color
NextCheap Images are a Bad IdeaNext