Derek Hess began his artistic journey as a young kitchen employee at the Euclid Tavern in Cleveland, Ohio. With the blessing of his boss, he began designing his own concert posters to promote the bands that he booked to play the bar. His artwork introduced Cleveland, and later the world, to the music of such unknown bands as Helmet, Clutch, Guided By Voices, Green Day, and the Smashing Pumpkins. His portfolio, while never straying far from his Rock & Roll roots, documents his personal struggles with mental illness and substance abuse – two subjects he’s become a loud advocate for. In 2013, Hess was the subject of the documentary “Forced Perspective,” exploring the origins of his style, describing his personal struggles, and his impact on the Hardcore music scene of the 2000s. His work is prized by collectors, and is featured in such galleries as the Rock & Roll Hall of Fame and The Louvre. 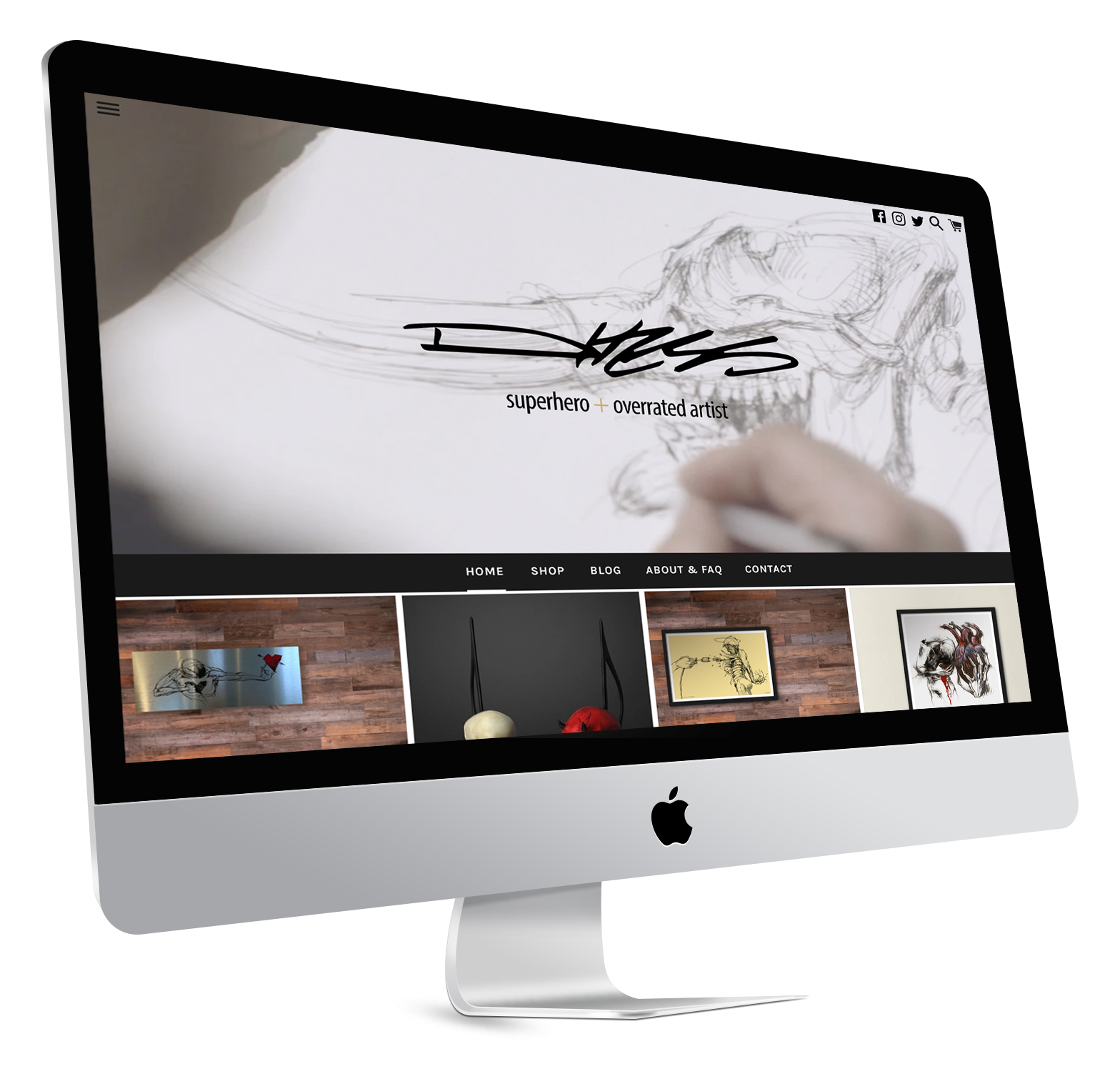 Scott and Cara Dickens are huge music fans. The walls of their home are covered with artwork and posters memorializing the many concerts and shows that they’ve attended. Walking through the rooms, one realizes that many of the works came from the mind of Derek Hess. Scott originally reached out to Hess as a fan. In talking to his team, it became clear that they were struggling to keep up with the fast-moving world of fine art and the increasing demands of e-commerce. We joined the band to create a more streamlined website to make it easier for fans of Hess to view and purchase artwork; began a robust program of email marketing to announce new collections and limited edition prints; boosted Hess’s digital presence with search engine optimization and marketing; and solidified the brand’s social media marketing. These efforts combined to help Derek Hess showcase his artwork, tell his personal story, and keep in front of the buyers and collectors that adore his pieces. Rock on. 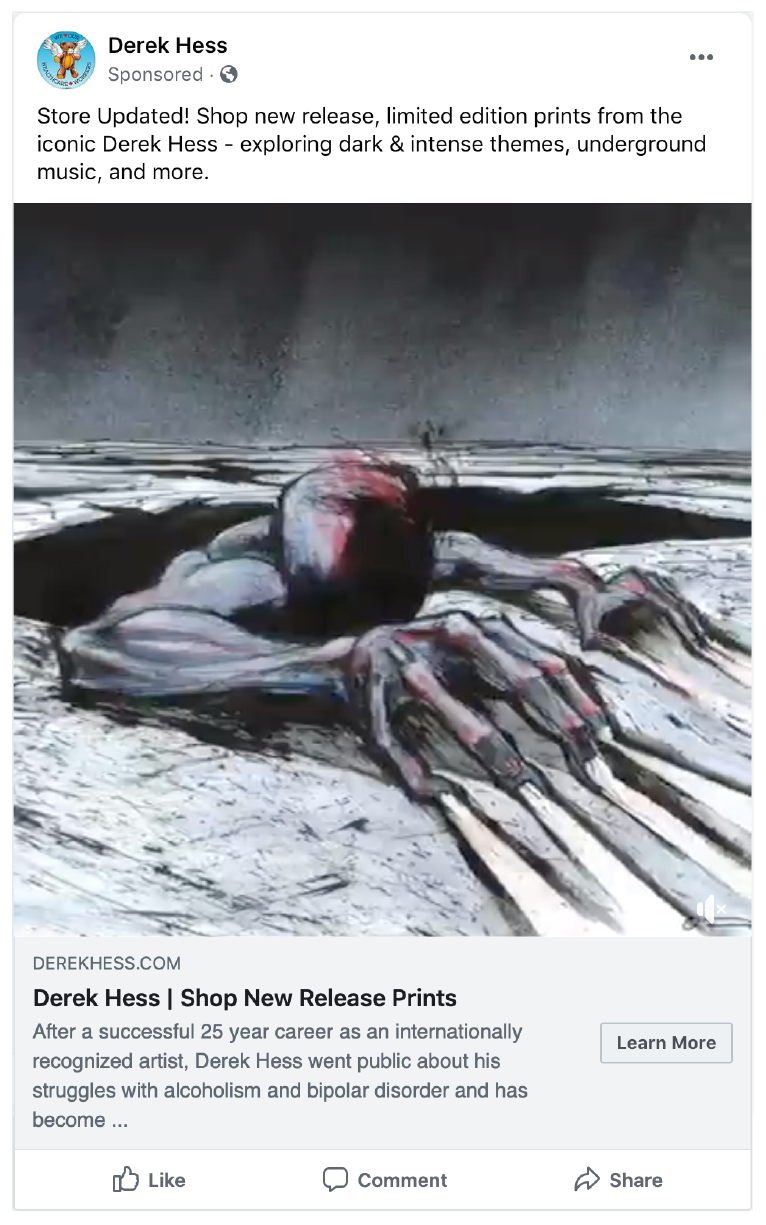 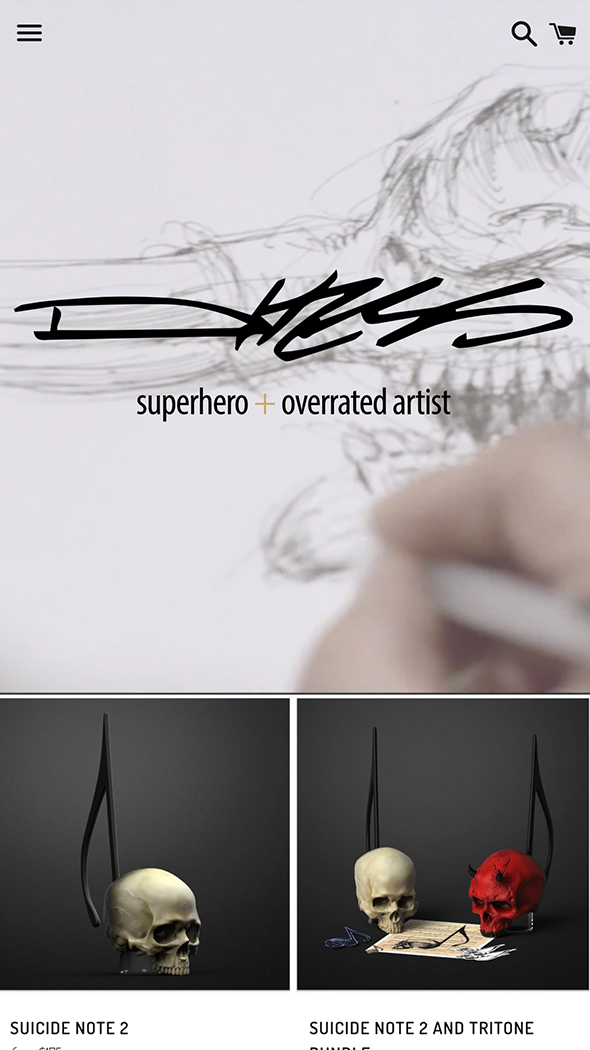 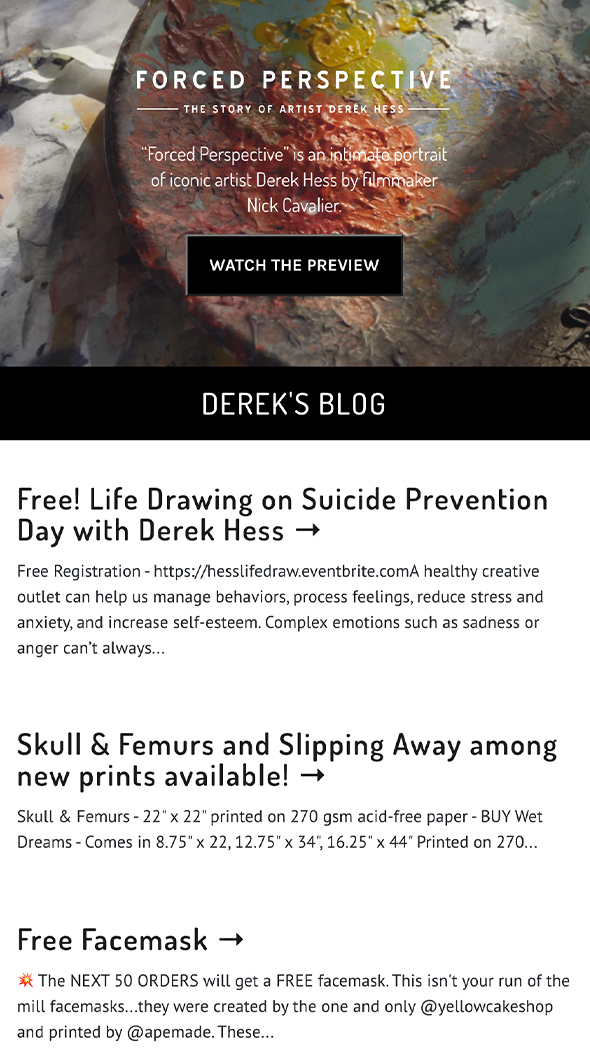 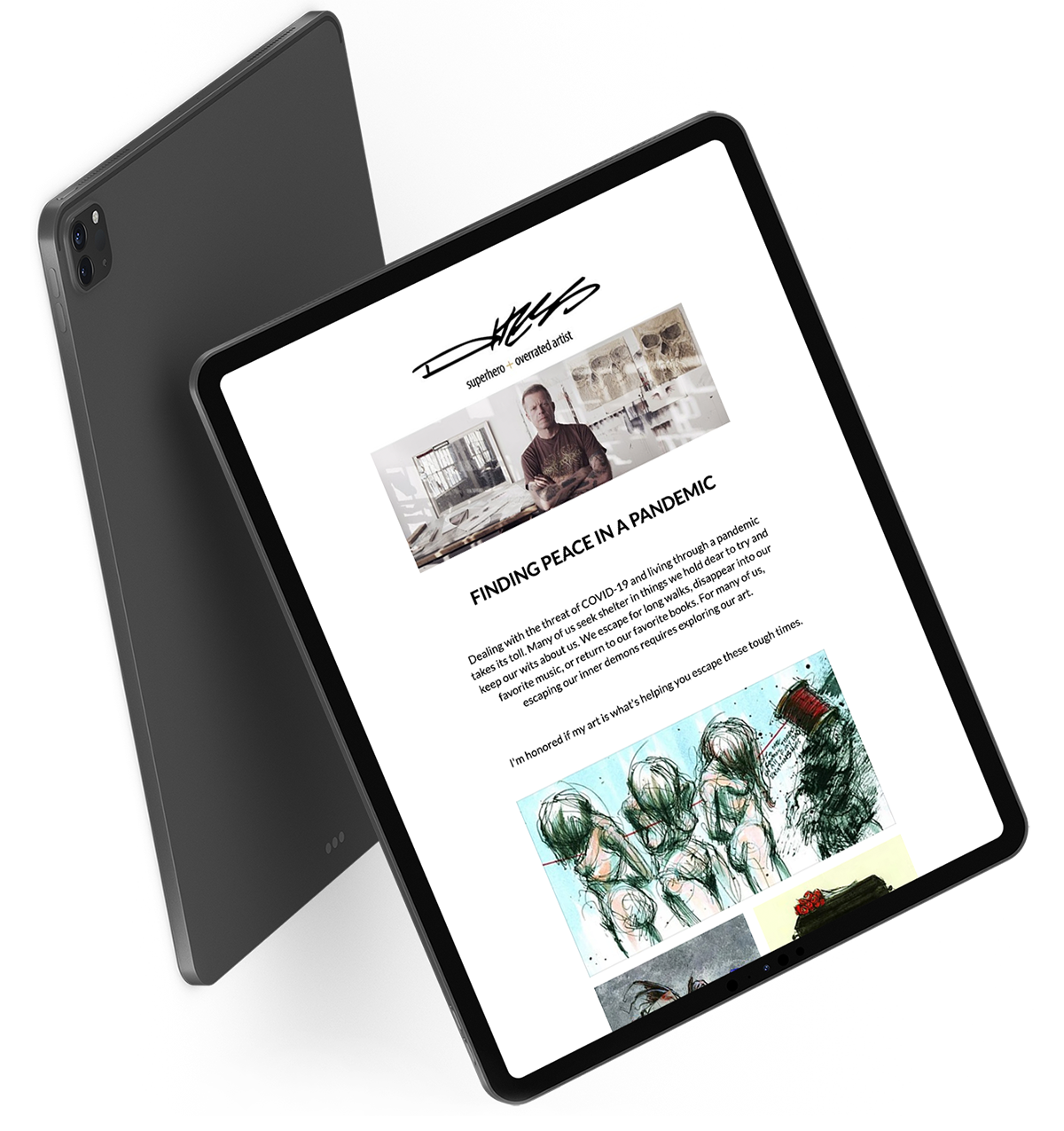